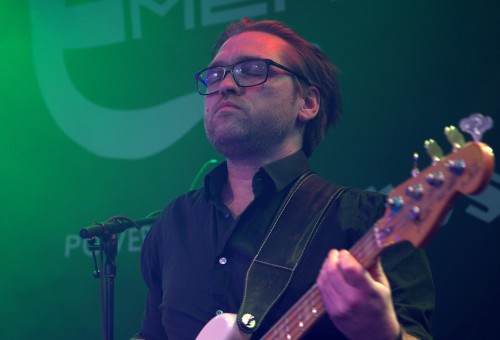 Sascha came to the bass only at the age of 17 and actually more by chance, but had his first band a month later and another month later his first gig and since then has been a bassist with heart and soul.

The autodidact has used many different styles in his musical projects, including rock, blues, Kölsch rock / pop, progressive rock, hard rock, hip-hop and Senegalese music. This breadth of experience not only gives his play the right foundation, but also its own signature.

For 16 years Sascha was very successful as a managing director and programmer in his own communications agency. After several burnouts and a beginning depression, he decided in 2016 to give up his company. After several years of psychotherapy and retreat from all walks of life, he makes his long-awaited wish true and focuses only on the music and comes back in June 2017 back to Sean and Tom and thus to Burn Out Laut.

Sascha lives and works in the south of Cologne.